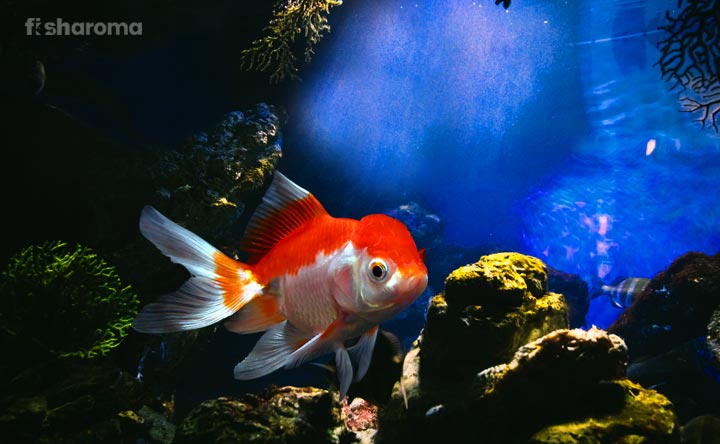 Aquarists from all-over the world are fascinated by the appearance, nature, and behavior of Oranda Goldfish and other Goldfish. Ask why? We can give various reasons why every hobbyist likes adding this fish to their aquarium. Some fishkeepers believe that Goldfish is a lucky charm for newlywed couples; others believe this fish can bring wealth and prosperity if kept in the living room. All these faiths and fascinations have made this vibrant fish one of the tempting choices for fish enthusiasts.

Whether you are starting the hobby of fishkeeping or you have reached an intermediate level of petting fish, Oranda Goldfish is always a good choice for your aquatic world. The adaptable and calm nature of this breed makes it one of the most popular freshwater fish for your tank. Now, before we know about its descriptive care guide, let us go through the short and quick details of this fish.

Oranda Goldfish is also known as ‘Dutch Lionhead’ because of the red-colored bubble-like hood or cap on its head. This is a fancy breed, which is sensitive to low water temperature. If the condition of the water is good, then it can live up to 15 years, otherwise, it cannot survive much in captivity. Fishkeepers in China and Japan call it ‘Holland Lionmask’ because of the crown-shaped muscles on its head that looks like a crown of the jungle king, Lion.

Oranda also looks like Lionhead Goldfish and Ranchu Goldfish because both of them have a red-shaded hood on their head, and their bodies also look like Oranda.  You can purchase this fancy Goldfish just for $35-40.

Origin and Habitat of Oranda Goldfish

Native to the Asian regions like Japan and China, Oranda was first found in the late 1500s near the water bodies of China at first. Later, this fish was found in Netherland. Now it is globally popular and found in fish ponds, community tanks or residential aquariums.

Usually, this Goldfish is seen living in big ponds, streams, and rivers surrounded by green plants. It prefers swimming in deep water and dwelling in rich-oxygenated water. So, keep these things in mind while setting an aquarium for it.

Some fishkeepers in China coined the name of Oranda – ‘the flower of water’ because of its stunning flowery fins and long flowing tail. The tail of Oranda is rounded and flowing like Veiltail Goldfish. The length of the body of this fish is about 30% larger than its width, and this fish riches about 9” (23 cm). This double-tailed fish is circular in shape, so it is also called Egg-Shaped Goldfish.

The round cap or hood on its head is known as ‘wen’, which grows with its age. It does not develop fully until the fish becomes two years old.  You will find this fancy Goldfish in a huge variety of colors such as red, black, blue, orange, yellow, white and gray. The eyes of Oranda are large and slightly protrude above the cap.

The dorsal fins of the fish are big and unpaired, and the caudal fins resemble intertwined silk threads. The fins are nearly two-thirds of the length of the body. The scales of this fish are large and closely packed to each other. Moreover, the beautiful crystal-clear pattern of the fish adds elegance in the tank. The tail of the fish helps it during the time of swimming.

You will find multiple variants of Oranda Goldfish in the market. You have to decide which fish you want to keep in an aquarium. Take a look at the descriptions of the varieties of Orandas:

This omnivore fish prefers consuming small insects, small crustaceans and vegetative foods. Oranda Goldfish eats dry, frozen and live foods. However, it is a greedy fish because it can eat any time and anything you feed it. So, you have to be conscious of its diet planning. The quality of the food is directly correlated to its color. If you feed healthy and nutritious foods to this fish, then its color will become more vibrant. Feeding poor diet to the fish may discolor the fish. Moreover, this egg-shaped fish easily gains weight, so never overfeed them because overfeeding may cause bloating and other diseases.

Feed them twice a day in a medium portion in order to maintain their weight and health. The average portion of the food should be around 3% of the fish size. You also need to remember that malnutrition can also make the fish restless and stressful. It may also start fighting with other fish in that tank for food. So, take suggestions on the diet plan of the Oranda Goldfish from a good veterinary dietician before making a food regimen for the fish. The effect of nutritious foods or good dietary supplements also effects on the reproduction and egg quality of this Goldfish.

You can feed these nutritious foods to Oranda such as:

Some nutritious pellets and dietary supplements are also found in the market, and these are good for the health of Oranda Goldfish. Take a look at some foods:

We have already discussed above that Oranda Goldfish is comfortable in living deep waters of ponds, rivers, and streams. But this fancy Goldfish is sensitive to low water temperature. It is comfortable to live in medium temperature water. Therefore, you need to check the water parameter before keeping this fish in the aquarium. There are some other factors that you should keep in your mind while setting a tank for your pet Oranda.

The size of the tank is the prime factor to look upon because this fancy fish becomes stressful and restless if kept in a less spacious and crowdy tank. Each Oranda needs a minimum 20-gallon aquarium. If you are planning to keep two or more fish, then a 30-gallon fish tank is an ideal choice for your golden buddy.

While ornamenting the tank, keep some essential factors in mind. The comfort of your pet fish will keep it happy and healthy. Keep a moderate amount of live plants in the aquarium because Goldfish prefer living in an eco-friendly or natural environment. But too many plants may overcrowd the fish home. So, keep small and sturdy plants like Elodea and Vallisneria to provide free space for the fish.

Oranda needs moderate lighting in its tank for 8-11 hours. So, you don’t need to arrange a special LED light for its aquarium.

Oranda Goldfish eats a lot and makes the tank dirty by excreting much in comparison to other pet fish. So, a good sponge filtration system is required for its tank to maintain the quality of the water. A sponge filter will also make the water rich in oxygen so that the fish can live ailment-free in its home.

If the water parameter is not kept in a proper range, then this fancy Goldfish may get affected by various diseases. So, try to follow some necessary factors while keeping water in the aquarium of Oranda Goldfish.

The skin color of Oranda Goldfish also depends on its water type. If the water quality is good, then its skin becomes bright, but in poor water conditions, the color of its skin fades. So, maintaining the quality of water is highly essential.

The pH level of the water should be neutral between 5-8.

The hardness of the water should be 6-18 dGH.

The cleaning method is not much complicated. You just need to scrub the dirt of the entire aquarium with a brush and a mild liquid soap. After scrubbing and washing the tank, wipe out the body of the tank with a clean cotton cloth.

Replacing water is very essential because if you keep the same water for a long time in the tank, then your pet fish may become ill due to the poor-quality water. So, try to clean about 10% of the water every week or 30-40% of water every month. While putting a fresh batch of water, check the temperature, hardness and pH level of the water.

Oranda Goldfish is a peaceful fish that can be kept in community tanks, aquatic museums and residential aquariums. This fish is social but not so active like Comet Goldfish. Most of the time, Oranda is found digging or swimming in the tank. This fish does not hide much in the cave because of its size. Moreover, Oranda never harms any fish in its tank. Oranda Goldfish likes interacting with human beings.

Although Oranda is a friendly and non-aggressive fish, you need to be careful while choosing tankmates for it. While choosing suitable companions for this Goldfish, look at their size and temperament.

Don’t keep such fish breeds that are larger than Oranda because huge-sized aggressive fish can eat up this fish. Here are some preferred companions for Oranda Goldfish:

Never keep rageful, overactive, large and fin-nipping fish in the tank of Oranda Goldfish because these types of fish breeds can harm Oranda. Take a look at the names of some unsuitable companions of Oranda:

Not only Oranda Goldfish, but you can keep other Goldfish also together in an aquarium because they are comfortable to dwell in their community. However, don’t overcrowd their fish tank because they cannot swim easily in an overcrowded tank.

This fish becomes sexually mature at the age of two, so you can initiate its breeding process at that age. Usually, Oranda spawns in the early morning during winter.

If you are encouraging the breeding of this fancy Goldfish, arrange a separate 15-25-gallon breeding tank. The aquarium should be clean and germs free where the fish will spawn and lay eggs. The water temperature of the breeding tank should be 65-72°F (18.33-22.22°C). You can keep some live plants in that tank.

The spawning process of the fish starts when the male fish gently push the females against the plants when they gyrate (the act that stimulates the female fish to begin dropping its eggs). After this process, the male fish immediately starts fertilizing the eggs. The entire process approximately takes three hours. The female Oranda can lay about 10,000 eggs at a time on the leaves of the plants.

After the completion of the spawning process, you should remove the parents from the tank and keep the fries alone until they become mature because the male fish can eat up the eggs. The fries will get matured between 2-3 days. After the incubation period, you can keep the fries with other fish and their parents. You can feed Infusoria, Tubifex, Baby Shrimps and newborn worms to the newborn fries.

Diseases of Oranda Goldfish with Intervention

Oranda is a fancy Goldfish, and it is sensitive to water parameters, as mentioned earlier. So, if the hygiene of the water and the entire aquarium is not maintained, then the fish may get affected with fungal and bacterial infections.

Ignoring the water parameter, diet planning and hygiene may result in some vital diseases such as:

If hygiene and diet management are also not helping you in maintaining the health of the fish, then take suggestions from expert veterinary health practitioners for curing your pet fish.

We are sure that after acquiring lots of information about Oranda Goldfish, you are excited to add this fish to your aquarium. Just go through its every requirement to keep this friendly pet fish with comfort in your aquatic home.

More Care Guides about Other Goldfish

Along with Oranda Goldfish, there are other popular breeds in the family of the Goldfish. If you want to add them to your aquarium, then you may go through the care guides of those fish: 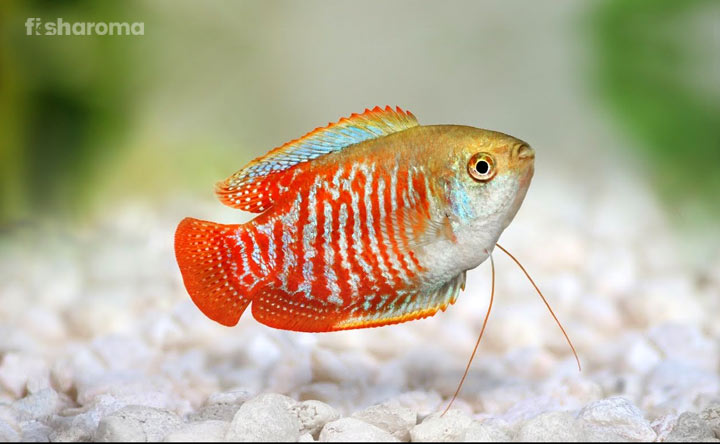 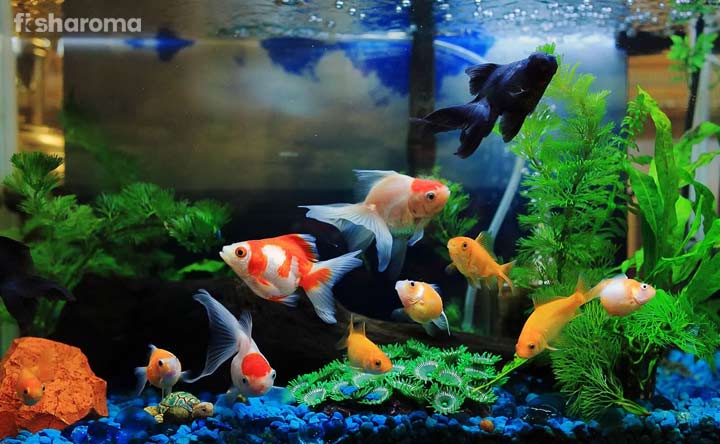 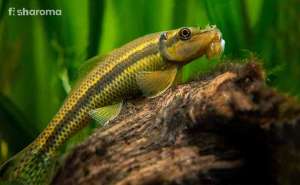 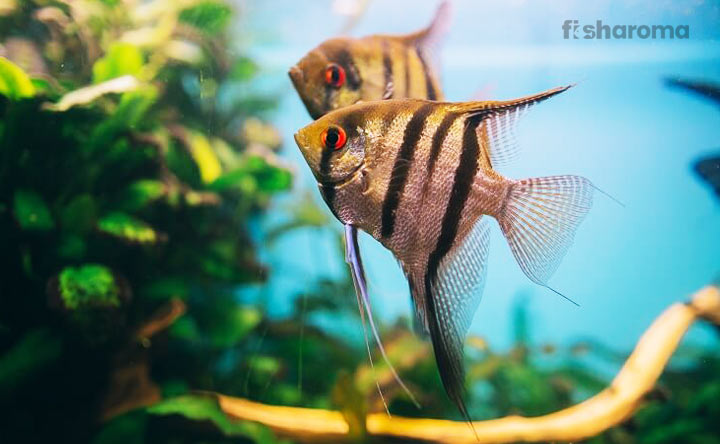 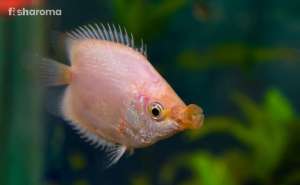 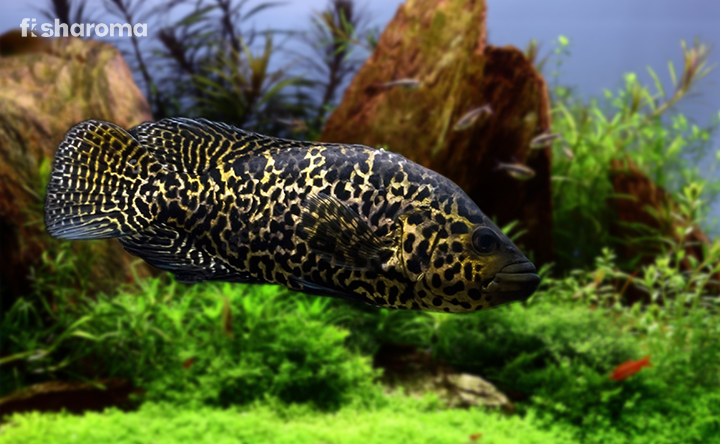 Jaguar Cichlid- A Care Guide To This Gorgeously Patterned Beauty 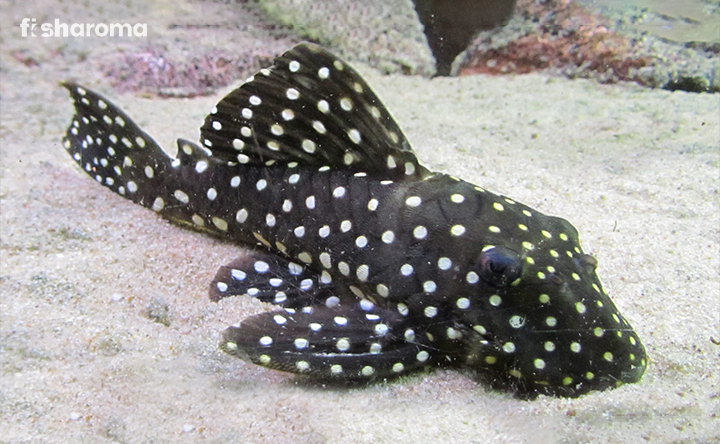 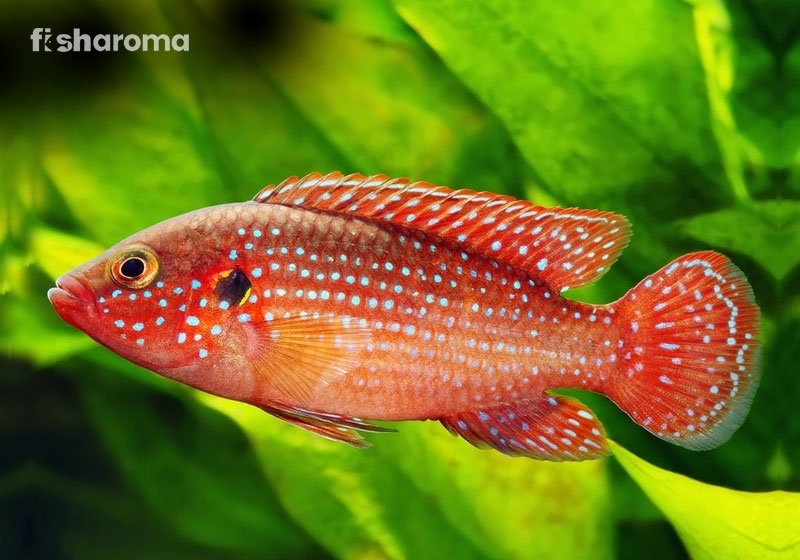 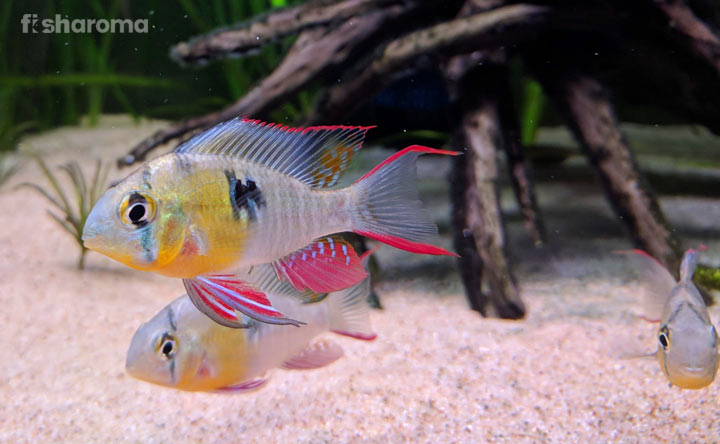 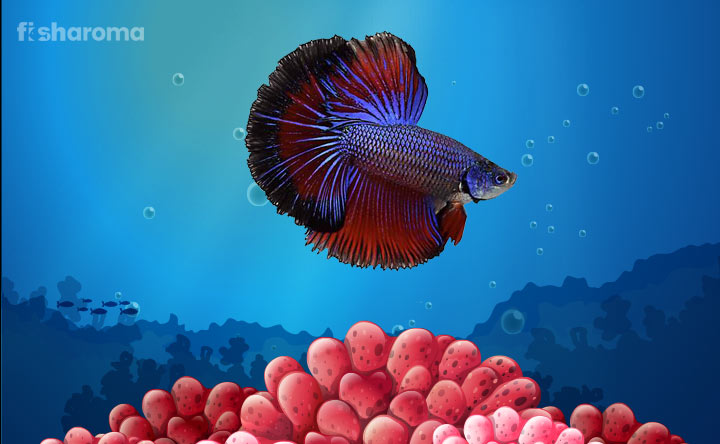 How Long Do Betta Fish Live? Ideas to Increase their Lifespan 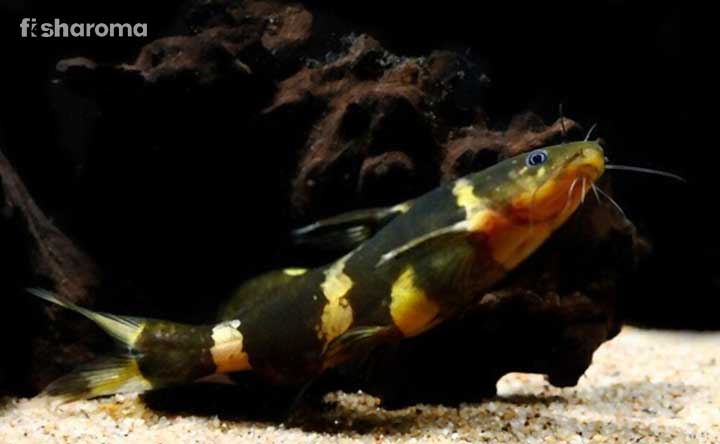 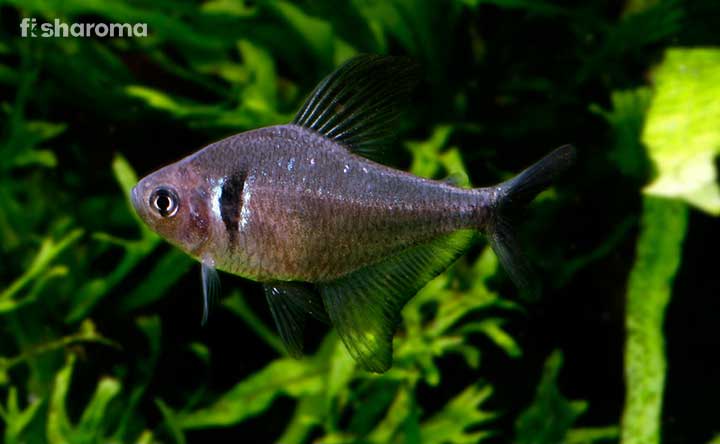 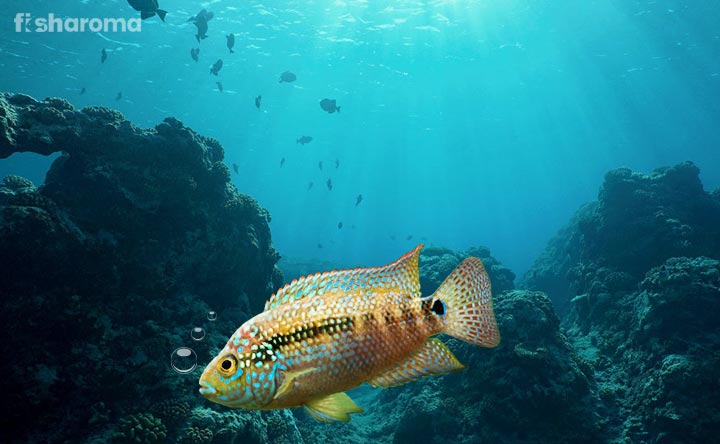 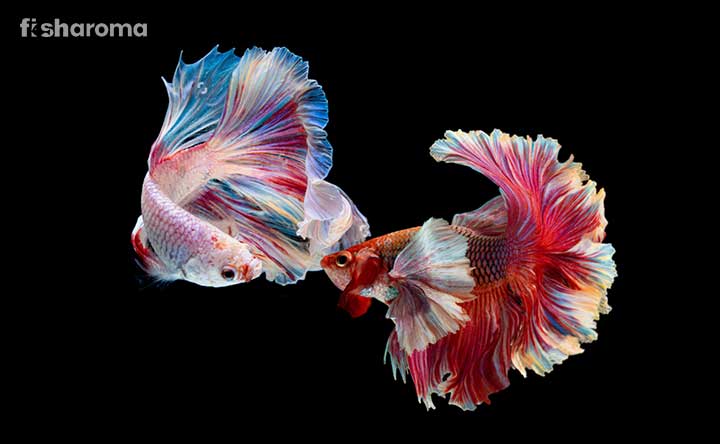