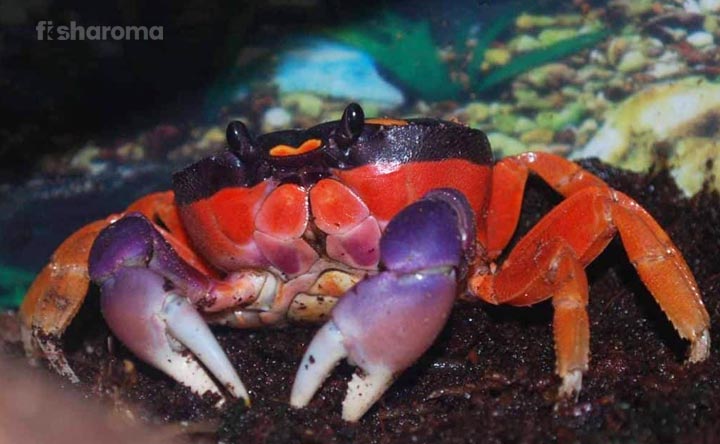 Want to ignite a spark of a rainbow in your aquarium? Well, look no further than the effervescent Rainbow Crab. With a charming personality and a breath-taking beauty, they are for sure a headturner.  But, keeping them at home requires a depth of knowledge since they are not the easiest pet to own.

But, there’s no need to worry! We have brought before you an all-inclusive care guide for the same. So, let’s dive straight into them.

Before we get into the nitty-gritty, here’s a quick look at some of the key specifications of Rainbow Crab.

Having one of the most spectacular looks, Rainbow Crabs will never fail to grab people’s attention. However, don’t be too mesmerized by their beauty as they can be a fierce beast. In fact, their aggressive behaviour makes them notorious among aquarists.

They belong to the Gecarcinucidae family and are capable of living in both water and on land. This is why a paludarium tank set up is ideal for them.

Originating from the west coast of Africa, you can spot a Rainbow Crabs mostly along the coastal regions in river deltas and other similar brackish areas. Being the semi-terrestrial animal that they are, they can survive both underwater and on land.

As they age, the home that they burrow in the sand becomes more complex and deeper. They need a mix of freshwater and brackish water to survive. In addition, you can’t keep them submerged in water 24*7 as they will drown. They would need areas where they can rise above the water surface.

Their natural habitat is also dominated with the presence of vegetation, rocks and pebbles.

Rainbow Crabs have super strong claws, which matches with their aggressive persona. Practice caution while handling them as their sharp claws can cut your skin.

The colours of a Rainbow Crab are probably their most prominent feature. And yes, they do live up to their name. The colours are more vivid when they are young and immediately each time they moult. With a bluish-purple carapace, they have fiery red or orange claws and legs.

As they age, their colours start fading. This is also true for the days leading up to their moulting. They have a faded yellowish tinge to their body. Occasionally, you might even see red spots on them.

As we said earlier, they are known for their highly-aggressive behaviour. They are known to fight to death. As such, it shouldn’t be a surprise that they are primarily solitary creatures.

Furthermore, they also destroy any terrestrial and aquatic plants that are in their vicinity. This may sound contrary since they have a lot of vegetation in their natural habitat.

They spend a considerable portion of their time burrowing. This is not for mere security and comfort reasons, but it also helps them in creating a homeostasis environment. This environment is filled with the right amount of moisture that they need to breathe with their complicated and modified gills.

It also goes without saying that they love to hide. They mostly come out of their burrows or digs at nightfall. However, in a captive setting, they can get used to daylight feeding.

Moulting is another noted feature in Rainbow Crabs. Just like any other crustaceans, they also need to moult wherein they shed their existing exoskeleton and form a new one to fit their growing body. They are extremely vulnerable during and after moulting. It takes a few days for the new shell to harden up. So, they will rarely come out of their burrows after moulting.

In the wild, Rainbow Crabs can live up to eight years, but in a captive environment, it a rare sight if they survive more than five years. However, the provision of a healthy environment can largely contribute to their longevity.

Being the omnivorous animals that they are, you can provide them with a wide range of food. Their primary sources of nutrition are through plants, fruits, waste materials, or any carrion.

Needless to say, calcium is a huge component of their diet as it helps them in developing and strengthening their shells. So, please provide them with calcium supplements from time to time.

They also have cannibalistic traits and are natural scavengers. They often prey on any creatures that are smaller than them.

Try to provide them with protein-rich food once a week. This includes boiled shrimp, Bloodworm, fish, liver, chicken, etc. As far as leaves are concerned, you can provide them with Walnut leaves, Indian Almond leaves, Oak leaves on a daily basis.

Please remember to feed them only once a day so that you don’t run the risk of overfeeding. In addition, remove any leftover food as soon as possible as these semi-terrestrial beings have the habit of storing food in their burrows for days. As such, there might be a situation of bacterial contamination.

They require diversity in the food. So, keep switching between different types of food for them. Include vegetables, leaves, berries, Bloodworms, insects, frozen krill, pellets, and shrimps in their dietary regime. The Hikari Tropical Crab Cuisine is an excellent option for improving their colouration.

Providing your aquatic pets with the right environment is crucial for their sustenance. You need to make sure that the environment inside the tank is as close to their natural habitat as possible. Make sure you have 50/50 division between the aquatic and terrestrial element in the tank.

With that being said, you need to bear the following things in mind.

For keeping a single Rainbow Crab (we highly recommend them to be kept alone), you would require a minimum of 20—gallon tank. If you want to keep a pair of male and female then, get a 40-gallon tank, whereas for keeping two males together, you need at least a 60-gallon tank so that both of them have adequate space to themselves.

Having a tank lid is an absolute must since they are known to escape their tanks.

Try and provide them with sand as it helps them in digging burrows. In addition, drop in rocks and pebbles here and there over the sandy substrate as it would replicate their natural habitat.

The land portion of your paludarium must contain moist sand and it should be at least 4” (10 cm) deep along with rocks, driftwood, cork bark, and pebbles.  Every now and then, spray the substrate with fresh dechlorinated water to keep it moist enough.

Pro-Tip: Never use saltwater to maintain moisture in the substrate as salt takes a considerable amount of time to evaporate which can eventually lead to a salt build-up.

A standard aquarium filter will suffice for these crustaceans.

Rainbow Crabs need a lot of aquatic ornaments in the form of rocks, pebbles, driftwood, and artificial caves and castles. All these help them in hiding, especially during and after moulting, where they stay extremely vulnerable.

As much as their natural habitat is filled with plants, you can’t really keep any aquatic or terrestrial plants in their tank as they would completely nibble or devour them.

Keep the lighting as dim as possible and make sure there is at least a dark period (wherein the aquarium lights are completely shut off) for at least 12 hours.

Regular cleaning would add years to their lives and as a result would increase their longevity. To clean the tank, don’t use any chemical or soap-based products. Instead, rely on a soft cloth and dip it in lukewarm water to wipe off the interior walls of the tank.

You can put the substrate under running tap water to clean off debris and can use a soft brush to clean the ornaments.

While cleaning the tank, please make sure that your Rainbow Crabs are in a bucket that has a lid on. You don’t want them to escape and loiter around your house.

Next up, let us focus on the water parameters that are needed for maintaining the good health of Rainbow Crabs. Provide them with freshwater or 5-10 per cent brackish water. If you are using tap water, don’t forget to add a de-chlorinator. Make sure the humidity level is 75 per cent or higher.

Since they are tropical creatures, try to keep the temperature of the tank water between 75-85° F (23-29° C). You can use an aquarium heater to maintain this ideal temperature. Be sure to hide any heating apparatus so that your crabs don’t come into their contact.

The optimal pH level for Rainbow Crabs should be 7.0-7.5.

You should never replace the entire water content as that would kill off the beneficial bacteria.

Their predatory nature makes them extremely difficult to be kept with other animals be it of their own species or someone else. Still, the most that you can do is keep them with another Rainbow Crab of the opposite sex.

Don’t even think of keeping them with snails or fish or shrimps as the chances of them getting attacked and devoured by your Rainbow Crabs are extremely high.

Breeding Rainbow Crabs at home is next to impossible. First of all, they need an almost ocean-like environment for breeding and secondly, they mate depending upon lunar cycles and tides. This, along with the fact that finding an ideal pair together is a tough task makes their breeding a pain-staking process in a captive environment.

We advise you to buy Rainbow Crabs instead of breeding them. Make sure to only buy them from reputed vendors because you never know what may carry infections or parasites into your tank.

They are pretty hardy creatures and can fend for themselves when provided with a healthy environment. You need to ensure that they have access to both land and water surface in the paludarium you keep them in.

Also, quarantine everything you put in the tank including each piece of décor. Provide them with timely calcium supplements every now and then to take care of their shell and include diversity in their diet to keep them healthy.

Rainbow Crabs are truly splendid creatures. Their vivid colours aptly justify their names. However, they are one of the most aggressive and territorial creatures you can pet home. They love their solitude and being the semi-terrestrial beings that they are, you need to provide them with both water and a land environment so that they can thrive.

Breeding them is extremely tough as they have very specific needs under which they can mate. As long as you can provide them with a large enough space and adequate diet, they can live up to eight years.

Care Guides of Other Non-Fish Pets

If this article has interested you, we are certain the following articles will do the same. 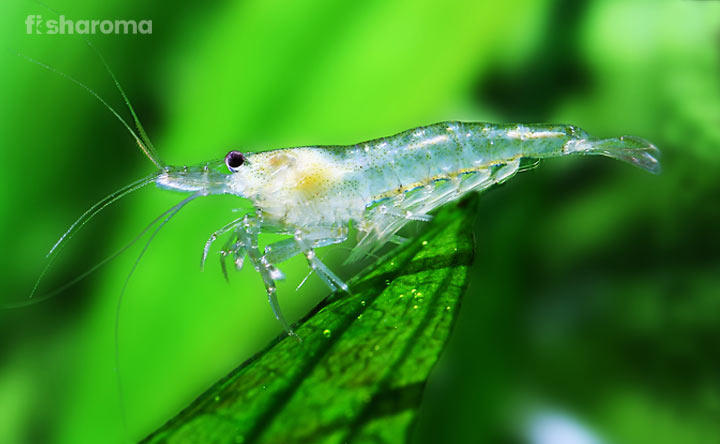 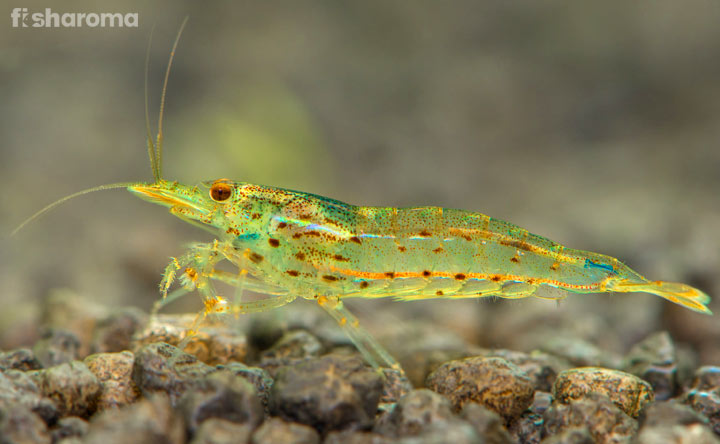 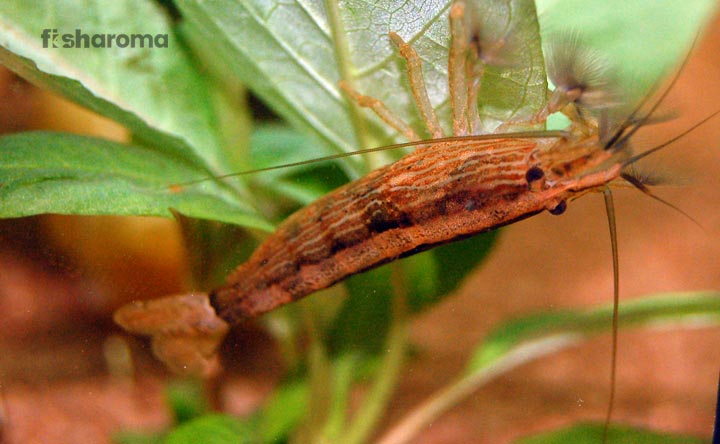 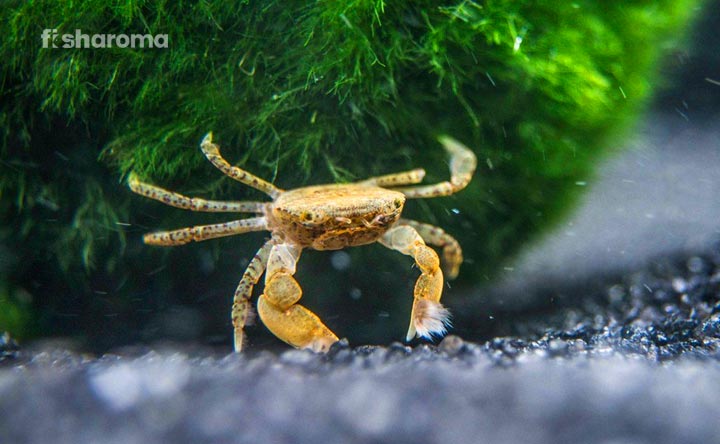 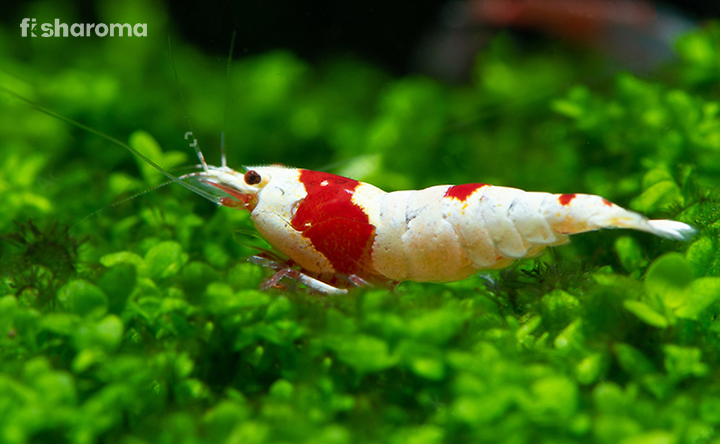 Crystal Red Shrimp Care: All You Need to Know About 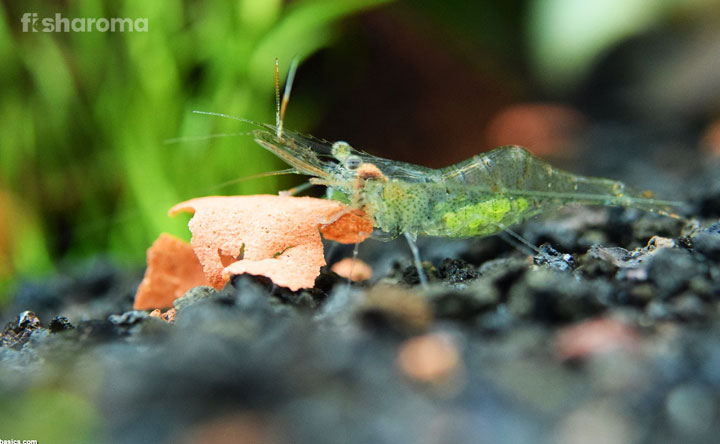 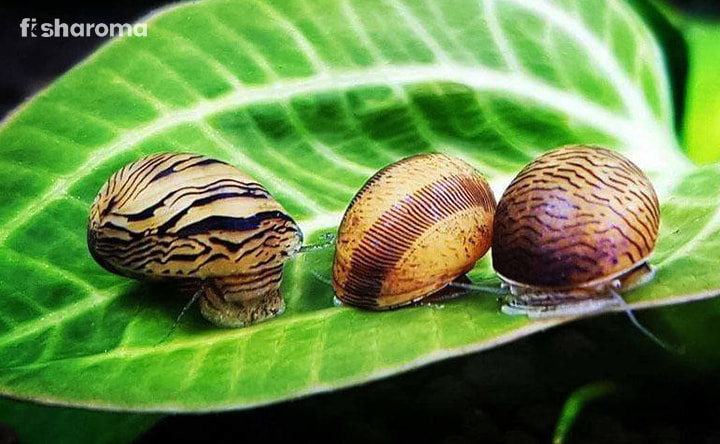 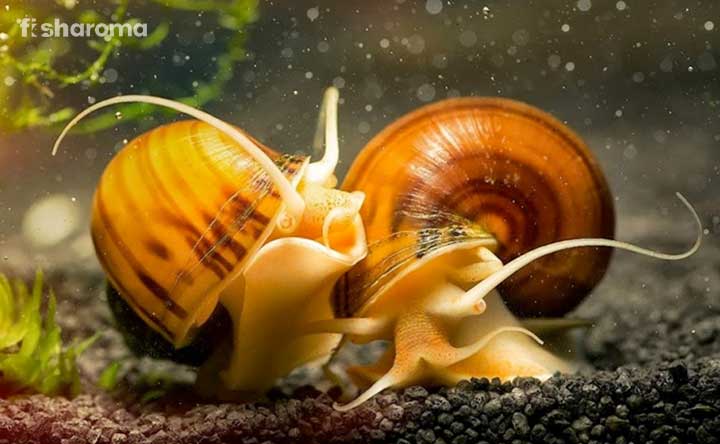 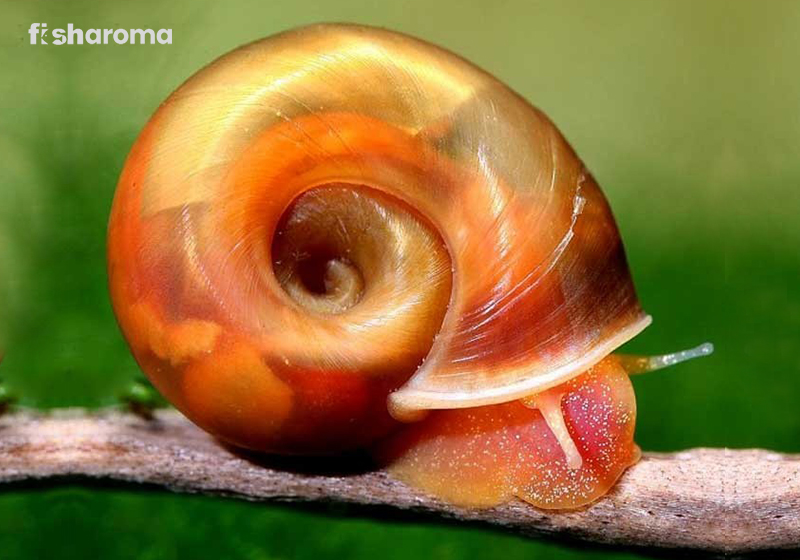