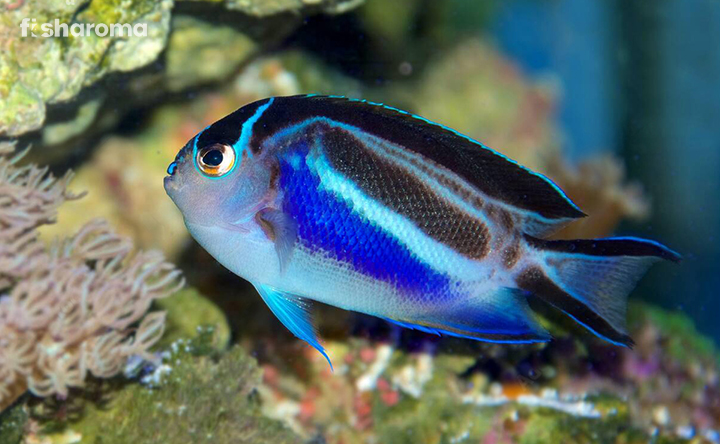 By Garrison Hickles
IN THE ARTICLE

Angelfish is a well-known saltwater fish variant, that looks extremely appealing to the eye. However, the most beautiful out of them all, is our very rare Bellus Angelfish. These fishes are also known as Ornate Angelfish, Genicanthus Bellus and Bellus Lyretail Angelfish in the reef-keeping hobby. The male and female variants have an exclusive aura to them, which is unique.

Hence, with all their energy and extraordinary presence, they have a lot to offer to your aquarium. Their rare availability factor makes them a little hard to get for your aquarium. Moreover, it does not take that long to fall in love with their presence in your tank.

So if you’ve finally decided to add these vibrant fish species to your aquarium, we’ve got you covered with every detail you need to know!

Some quick notes before you know more about our Bellus Angelfish:

Bellus Angelfish (Genicanthus bellus) is from the Pomacanthidae family, in the order of Perciformes. These saltwater beings grow up to 7 inches, living for about 10 years. These vibrant beauties have an intermediate to advanced care level. When it comes to their temperament, they’re semi-aggressive as there will be a clash between similar species, like other angelfish breeds.

Origin and Habitat of Bellus Angelfish

The magnificent Bellus Angelfish’s place of origin is in the eastern part of the Indian Ocean or the western Pacific Ocean. These Angelfishes require coral reefs at depths of around 328 ft. and strong currents. They like warmth, so you will usually find them in most tropical water bodies.

The Bellus Angelfish are sexually dichromatic. In this case, the female shows a separate colouration compared to the male, having a different set of palettes each. The female variant is capable of quickly changing colours as well. Still, they share the typical body shape of angelfish in general. Their dorsal fin is short and it can only extend till the body’s length, with a lyretail in the back portion.  Let’s have a closer look:

As Juveniles, the females have a bluish or greyish base colouration with wide black bands and a blue stripe on the lower flanks, preferably longitudinal. There are 4 black/brownish stripes. Mostly in females and juveniles, the first black stripe starts from all the way from eyes to nape, engulfed. Although, it does not extend past the lower section of the orbit. The second stripe starts from the rear till the fin base, with a right angle at the starting of the dorsal fin, while the third stripe runs diagonally downward. The final stripe is seen on the margin of the dorsal fin. (upper lobe)

On the other hand, the male variant’s colouration would have a base colouration of pale blue or greyish and golden stripes on the fish’s body horizontally. These stripes are often seen along the lower back and centre of the flank region. The pectoral and dorsal fins in males also have the same colour as the stripes colouration, with radiant blue lips. Moreover, the caudal fins are bright blue, with no significant pigment other than orange patches with filamentous extensions.

They are probably pretty small compared to other angelfish species, with a size of just about 7 inches.

The Bellus Angelfish do best in a restricted species-specific group. However, the male variants will show aggression towards different angelfish species. They generally enjoy being social, still, it’s good to keep one male variant per aquarium, just to play safe. These Angelfishes will bottom feed while dwelling near the substrate, but they are reef safe saltwater fishes.

These Angelfishes have a decently long lifespan of 10 years, provided you take proper care of them. Care and monitoring their health properly allows them to live their lifespan smoothly, like most other fishes.

This omnivorous fish species has a wide range of food items to choose from. Just make sure the nutritional needs are properly looked after and you’re good to go. Make sure whatever you feed them, can be consumed within 2-3 minutes and for two times a day on an average. Let’s have a look at what you can feed them.

A list of a healthy types of feedable for our precious Angelfishes:

All of the above should be high in nutrition. Additionally, they are planktivores over substrate grazers, so they naturally feed on planktonic food as well.

Tank requirements really need strong attention, especially as it is really important in the care of Bellus Angelfish. Check out the things you need to look after:

A Tank Lid is really important in multiple ways. First off, the Bellus Angelfish is a very active swimmer so a lid or hood prevents any unfortunate accidents happening from falling out and more. Otherwise, they protect the aquarium from accumulation of dust as a result of exposure to harmful foreign elements in the atmosphere.

Provide a tank size of minimum 120 gallons for the Ornate Angelfish to thrive with comfort. They are one of the smaller Angelfish breeds, still, they require a huge space.

The classic fine-surfaced gravel or mud works just fine in their saltwater tank. The Bellus Angelfish loves to bottom feed and look for food in the bottom layers and this substrate supports that.

A strong filter works well as they produce an ample amount of waste polluting the tank from their hefty eating habits. Plus, a filter oxygenates the tank water which is necessary for the survival of these fishes.

Since the Bellus Lyretail Angelfish are reef safe, make sure you add some coral reefs in their marine tank. They primarily rely on that to survive, else they eat most other types of vegetation like Java Fern, Hornwort, Water Wisteria and so on.

We recommend you to keep the Bellus Angelfish tank, with a dim light intensity at first. Gradually increase the power to normal over a span of days. Usage of proper LED lights with the necessary balance of intensity works perfectly fine.

The tank should be cleaned every 2-3 weeks, but in the case of Bellus Angelfish it’s better to make the routine cleaning more often. They produce a lot of waste as we’ve already mentioned in the “Filter” section, so to keep the water clean it’s good to keep the cleaning going. Replace water accordingly, cleanse the filters and other aquarium attachments. Lastly, clean the tank walls carefully with the application of a soft cotton cloth and you’re good to go.

The water profile or the water type should be intact at all times. A lot of factors rely on it, like the entire health and lifespan of the fish along with the overall tank environment.

Let’s have a look at the parameters:

These Angelfishes prefer their water to be slightly on the softer side, with a carbonate hardness of 8-12 dKH.

The water should be slightly warm, with a temperature range of 22-24 Degrees Celsius.

Bellus Angelfish always go for acidic waters, so we recommend you to maintain a pH range of 8.1-8.4.

The Bellus Angelfish are flexible with most saltwater tanks and marine species. Still, there are some musts you need to avoid. Let’s have a look at the classifications:

The compatibility of Bellus Angelfish may seem to have a wide range, they are not at all friendly with their own kind! This fact makes it evident that you must always prevent other species of Angelfish, from being their tank mates. If you do so, this variety of saltwater fish may lead to tank aggression. Now that is something you’d totally wish to avoid.

However, it is very complicated to breed our precious Bellus Angelfish. Especially in a home marine aquarium set-up, it can very well be a mammoth task. Large aquariums may somewhat work. Still, even if the on-set of spawning is carried out well, raising the fry afterwards is even more complex.

The new bunch of adults are all females by default, where the dominant female can switch up to being a male. So, there is not really that big of a problem if a male variant is absent. This phenomenon is what we call “sexually hermaphroditic” or hermaphrodites.

Make sure your target marine tank is clean, with stable conditions. The temperature, however, needs to be raised to 24 Degrees Celsius. The gradual rise in warmth triggers the breeding process well.

On-set of the Breeding Process

After the parent fishes are introduced in the breeding tank, the male tends to fertilize the female’s eggs. On the completion of this process, the female scatters around all the fertilized lot in her territory.

As per known data, it takes about 48-92 hours for the eggs to hatch. Although, the success of this process is very unlikely. Include a spawning slate, as it helps in the hatching process of the Bellus Angelfish eggs.

A list of saltwater diseases that are capable of lethally affecting your Bellus Angelfish are mentioned below:

Some ways of treatment and prevention are as below:

Bellus Angelfish are beautiful species of the marine, that are mostly kept in the hobby as per their vibrancy and distinguished aura in the tank. However, some aspects are a little complex but it’s completely do-able with detailed expertise. We ensure your experience with these beautiful fish would be worth everything, so go for it! Make them your newest tank addition. 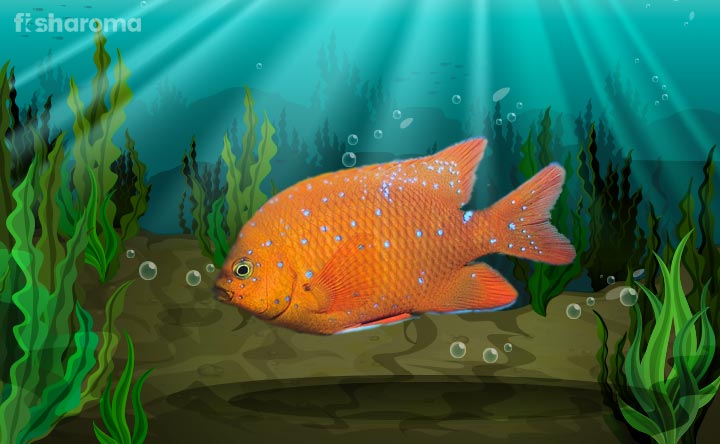 Garibaldi Fish – The Complete Care Guide for This Fighter-Fish 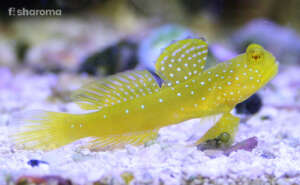 Yellow Watchman Goby Care Guide And Some Necessary Words On It 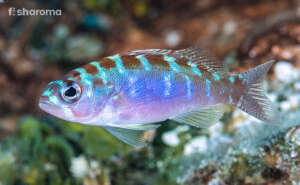 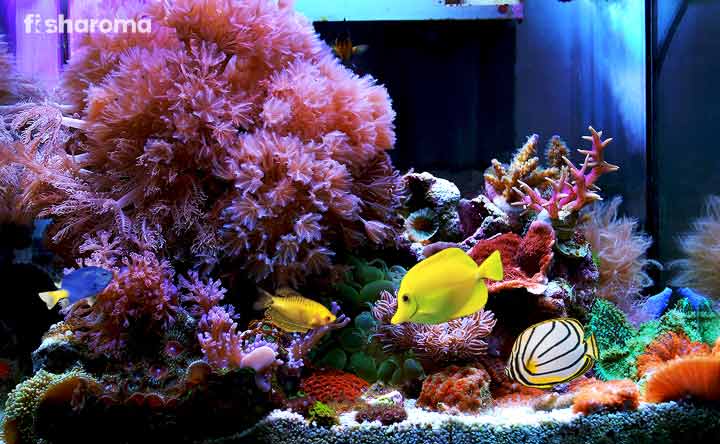 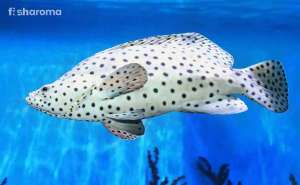 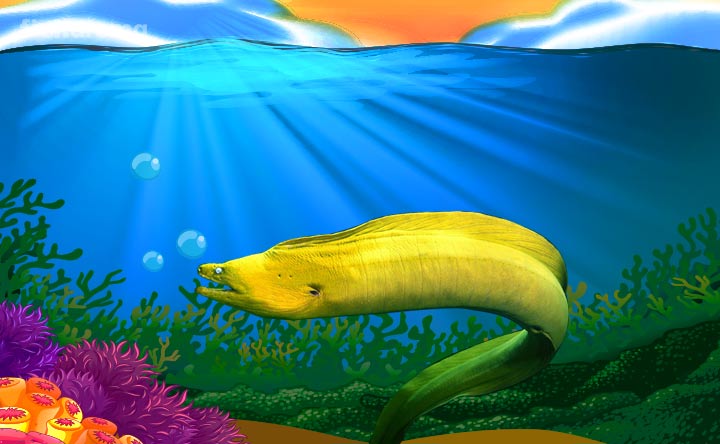 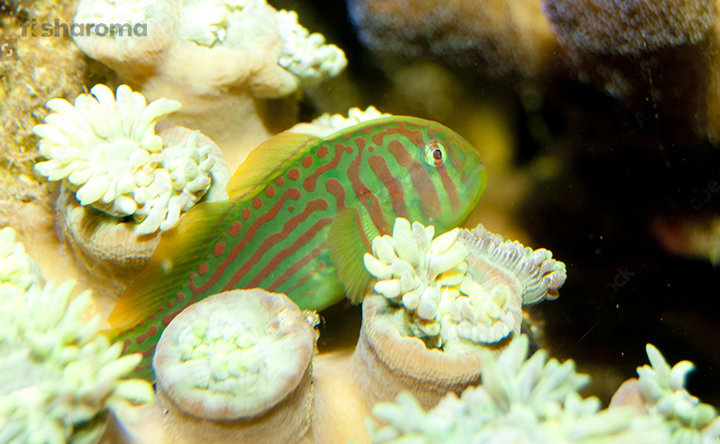 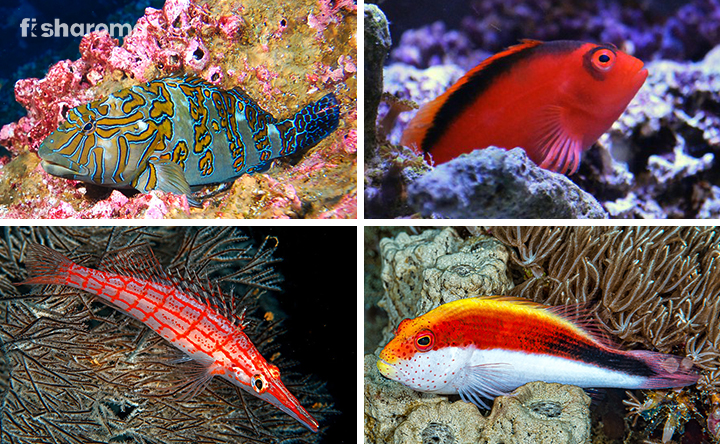 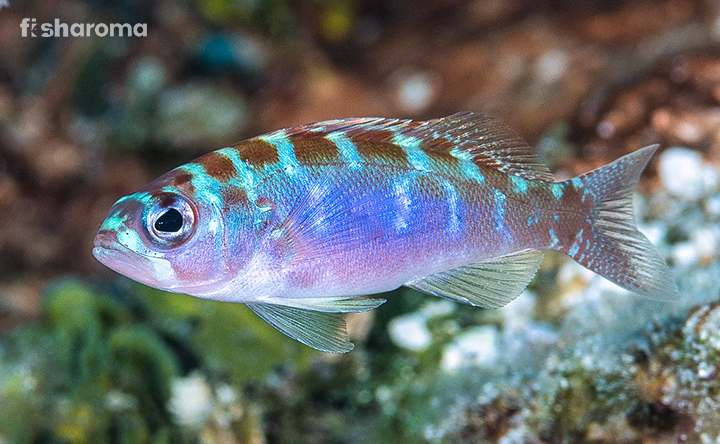 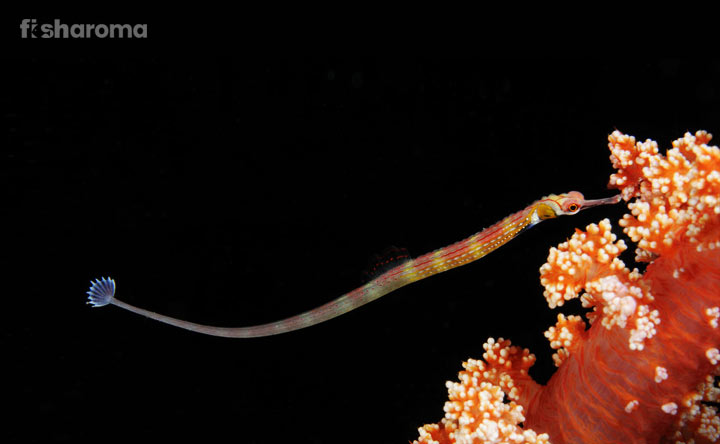 Pipefish – Know How to Take Care of Your New Pet 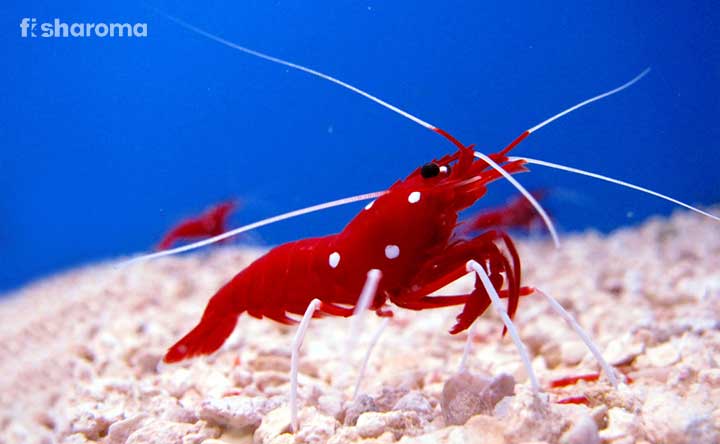 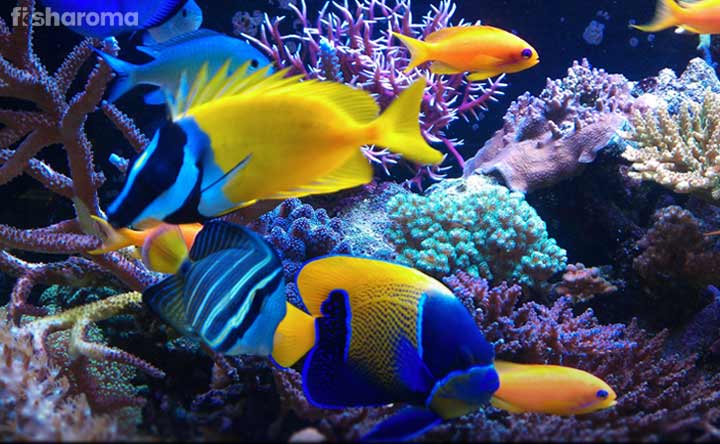 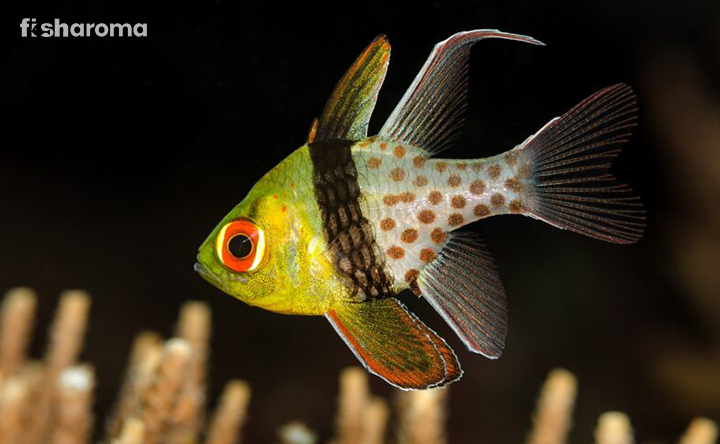 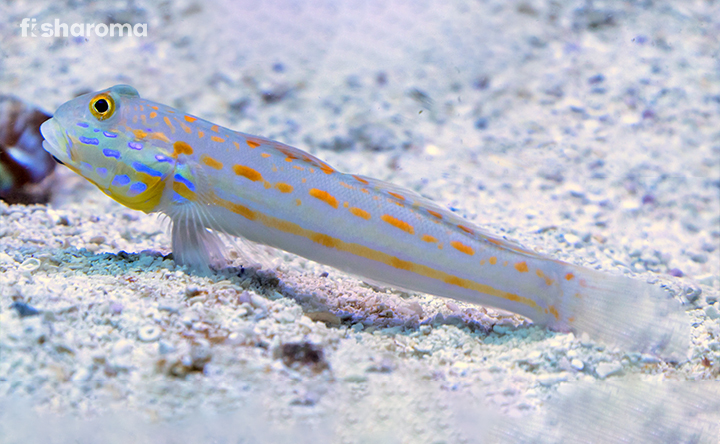